Booth Butler Jonny Bravo arrived at Alice & Craig’s Beaulieu Hotel wedding just as the speeches were coming to a close. The classic Funky Photo Booth was scheduled for their evening reception and it was set-up and ready to go in less than 30-minutes. As guests moved away from the main wedding breakfast room, knowing looks were aimed at the photo booth. Cheeky glints were sparked in people’s eyes as their mind conjured ideas of what pictures would be made later. For sure, Alice & Craig were going to have a guestbook full of photo booth pictures. 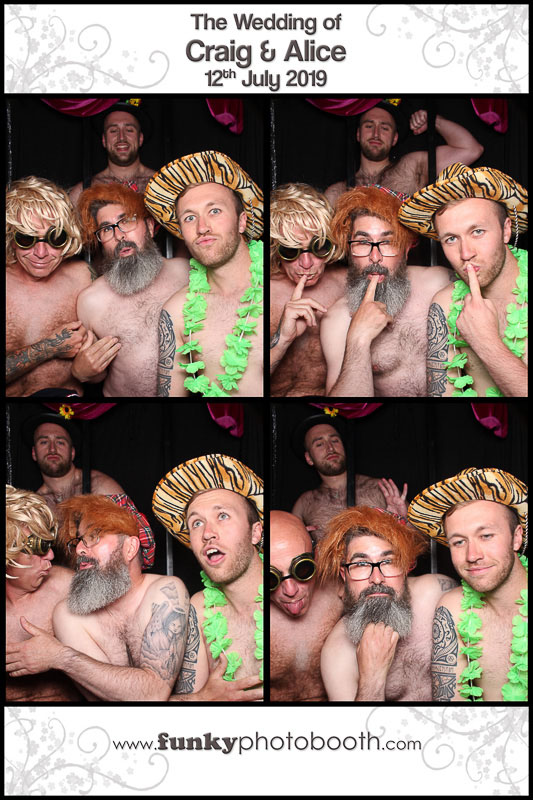 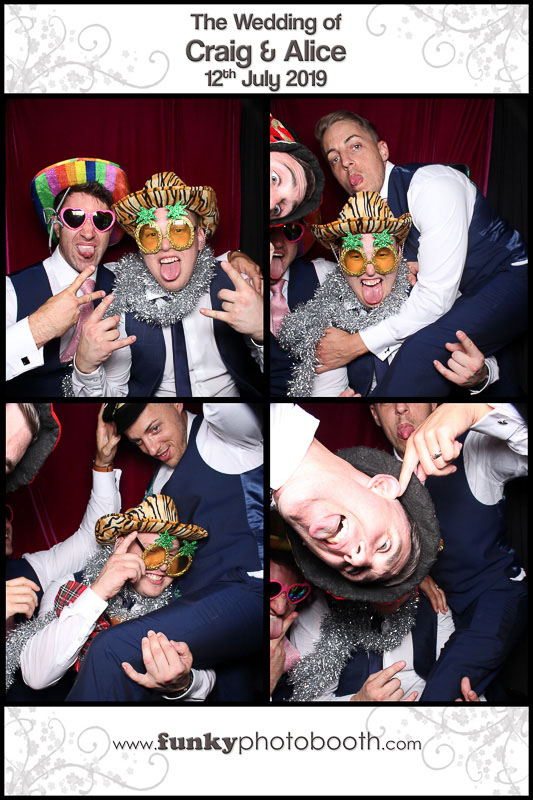 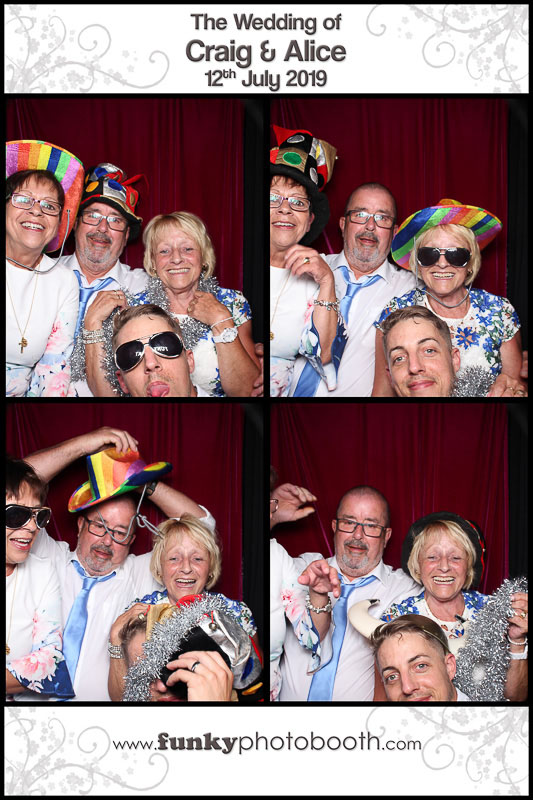 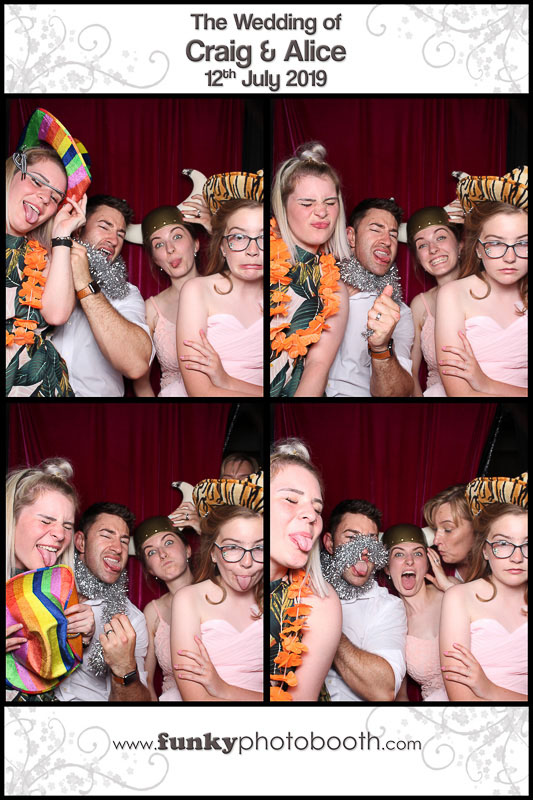 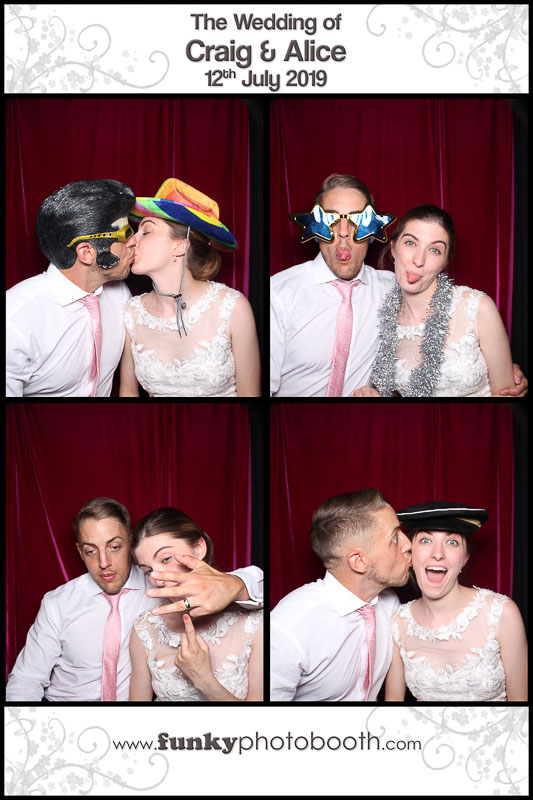 In no time at all the Best Man and a Bridesmaid were donning a pride cowboy hat and pineapple sunglasses. They were in and out in no time and first to leave a print in Alice & Craig’s guestbook included in our photo booth hire.

Third, were 3-Vikings, a court jester, an aeroplane pilot and 2-steam punks. For sure, every single one of these men was on Craig’s Stag Do. You could tell by the way they hugged it out inside the photo booth.

Alice and Craig were soon to follow and absolutely nailed their first photo booth picture together as husband and wife. They both looked stunning. Even with an Elvis Presley wig and glasses.

It didn’t take too long before the first underwear-clad moonie was attempted. This was shortly followed by 4-bare chested men wanting to share some photo booth love.

The photo booth continued for 3-hours with so many combinations of guests creating some amazing pictures. Alice & Craig’s guest book looked fantastic and Jonny Bravo was pleased with a job well done.

Congratulations Alice & Craig Thank you for using our photo booth hire service. Your guests were so welcoming and warm and made Jonny Bravo’s job so much easier.

If you’re planning a wedding or party at Beaulieu Hotel, then we have dedicated pages on Photo Booth Hire New Forest and Photo Booth Hire Hampshire. If you would like more information on our service, please do get in touch.